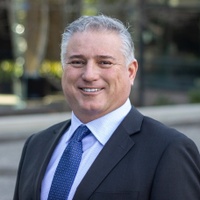 Plummer has a 13-year track record with Guardian in Career Distribution. He joined Guardian in 2009 initially as Western Regional Director working closely with Career Development Managers, then promoted to Director of Agency Transition in 2012 where he provided transitionary leadership to open Guardian agencies across the country. Further in 2013, Plummer was promoted to Regional Vice President in the Central Region. In addition to that role, he held the position of Guardian Lead Regional Vice President for Career Distribution 2015-2021.

Prior to joining Guardian, Plummer was with Mutual of New York (MONY), later acquired by AXA, for 19 years. At MONY, he was Sales Manager for 12 years in Indianapolis, Indiana, then Agency Manager in Charlotte, North Carolina for five years and two years as the MONY National Director of Market Development. At MONY, his sales accomplishments include being a six-year Million Dollar Round Table Qualifier, the MONY Rookie of the Year in 1988 and Jr. Associate of the Year in 1989. At AXA, he served as Divisional Vice President qualifying for the Developing District Award in 2005 and in 2006 finished third nationally.

Plummer was the Indianapolis General Agents and Managers Association (GAMA) President in 1997 and a 3-year National Board Member for Agency Management Training Council. In 2005 he won GAMA’s Platinum Level Career Development Award. Additionally, he served on the LIMRA Distribution Committee 2018-2021.

“Being named Head of Agency for Guardian St. Louis is a true honor. It’s an amazing opportunity to grow a firm to positively impact current and future clients. Along with our talented team, I look forward to making Guardian St. Louis a premier firm within Guardian and the greater Midwest,” he stated.